Bob Dylan’s handwritten lyrics, guitars played by Prince and Eddie Van Halen, and a Kurt Cobain self-portrait are among the items that will be sold during Julien’s Auctions’ upcoming Music Icons sale, taking place June 11th through 13th.

The sale will feature over 1,000 items, a collection of instruments, memorabilia, wardrobe, and personal items owned and used by artists from across an array of genres. The auction will be held in person at Julien’s Auctions in Beverly Hills, as well as on the auction house’s website.

One of the top lots is Dylan’s handwritten working lyrics and chord annotations for “Lay Lady Lay,” penned on a sheet of Atlantic Lumber Company notepaper. The page is expected to fetch between $500,000 and $700,000. Other Dylan items up for sale include several original signed art pieces, and an autographed record sleeve for his 1964 album, The Times They Are a-Changin’.

Among the instruments being sold include Prince’s 1994 Cloud guitar, made by Andy Beech, and five Charvel EVH Art Series guitars designed, hand-striped, and played by Eddie Van Halen. Alex Van Halen’s Ludwig drum set, which he played on Van Halen’s 1980 Invasion Tour and has been exhibited in the Rock & Roll Hall of Fame, will also be sold and is estimated to fetch between $200,000 to $300,000. In a statement, Van Halen said that 100% of the selling price for the drum kit will be donated to charity via the Frangioni Foundation and Mr. Holland’s Opus. 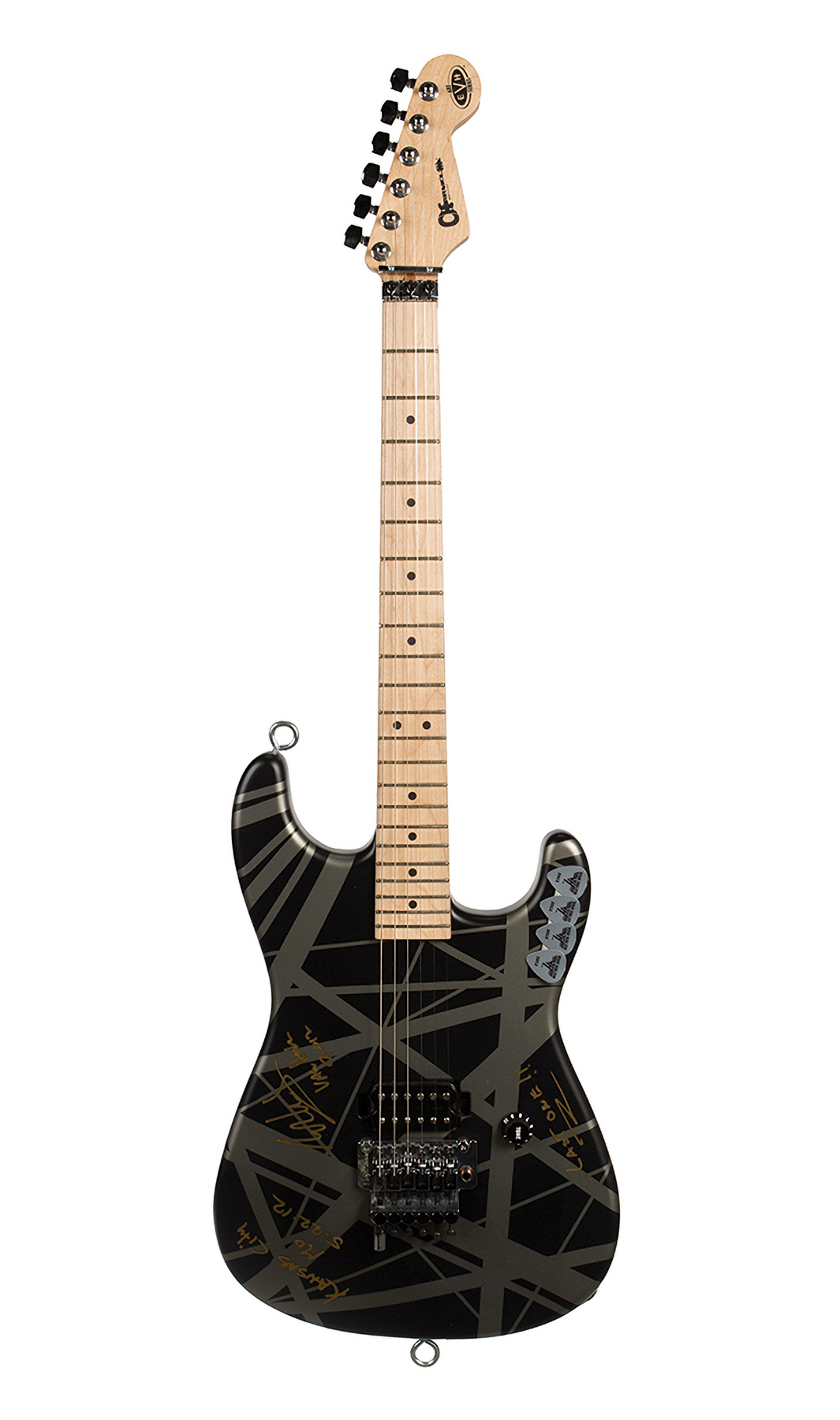 Other items heading to auction include a self-portrait caricature Kurt Cobain drew on stationary from the TNT Music Centre in Singapore (estimated price $10,000 to $20,000). A series of handwritten letters that Britney Spears wrote to her high school boyfriend will also go up for sale (estimated price $4,000 to $6,000 per lot), as will a collection of handwritten lyrics by Bernie Taupin, including those for some of Elton John’s biggest hits, “Candle in the Wind,” “Bennie and the Jets,” and “Saturday Night’s Alright (For Fighting).”

The full catalog of items in the Music Icons sale is available on Julien’s Auctions’ website, where registration to bid is also now open.