The bright horns and slapping bass of Dolly Parton’s “Sure Thing,” the disco harmonies of Conway Twitty’s “Night Fires,” and the swagger of Ronnie Milsap’s “Get It Up” all get their due on Country Funk Volume III (1975-1982), the latest installment of Light in the Attic Records’ compilation series.

Slated for release on August 6th, the 17-track set is the first in the series to include music from the Eighties. Twitty’s Heart & Soul album, which featured the machismo-heavy “Night Fires,” was released in 1980; Jerry Reed’s “Rhythm & Blues” appeared on 1981’s Dixie Dreams, for instance. Previous installments looked at songs released from 1969 through 1972 and ‘67 through ‘74.

The set is available for pre-order now and will be released on double vinyl and on CD; four songs will receive a digital release. Fans of retro album art will take note of the set’s cover: a painting of two lovers embracing in flames by J. William Myers, who designed the wistful cover for 1978’s Waylon & Willie album. (The Country Funk III image will also be for sale on a throw blanket.) 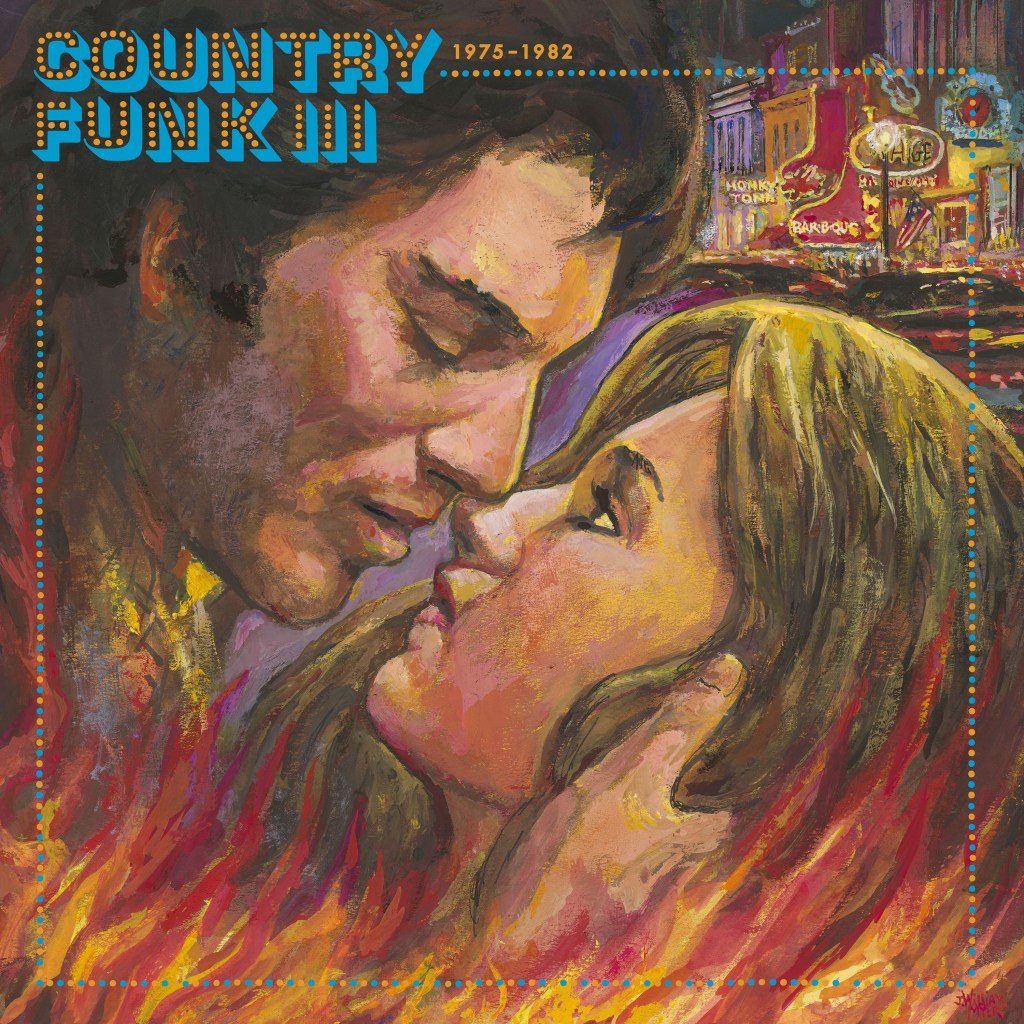