If you watched John Mayer’s new music video for “Last Train Home” and kept expecting Axl Rose to snake-dance his way into the frame, it’s for good reason. The video is an homage to Guns N’ Roses’ summer of ’88 MTV staple, “Sweet Child o’ Mine.” Right down to a canine cameo.

Like “Sweet Child o’ Mine,” “Last Train Home” opens with an image of a digital clapboard calling action on filming. The premise is that the featured artist is on a soundstage about to shoot a music video and we’re all observing from outside the fourth wall. The crew sets up their dollies and light rigs, the band plugs in, and cameras roll. It’s a fly on the wall view — if that fly were somehow back in the Eighties. 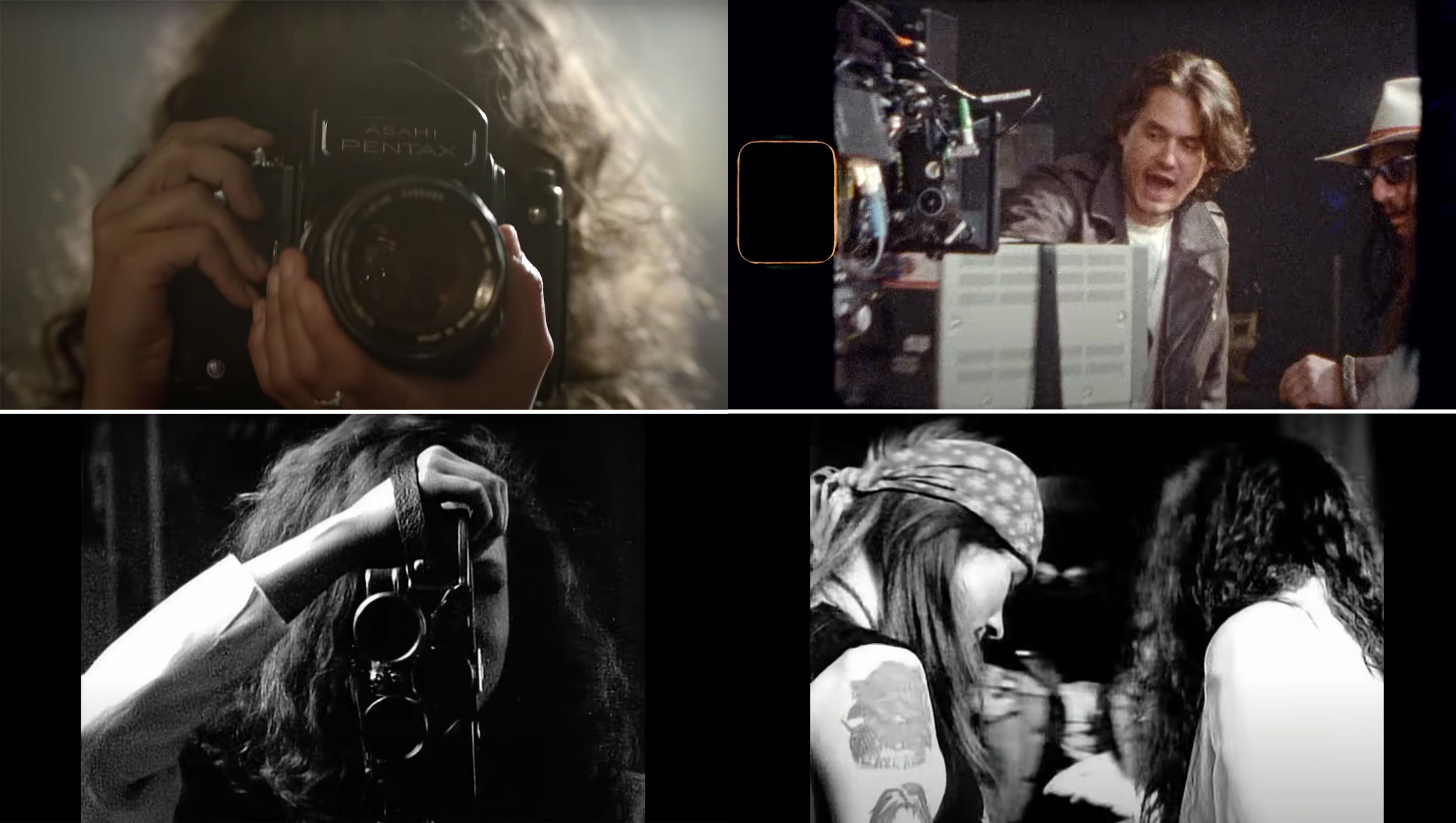 “We agreed that the idea would be, ‘Imagine John Mayer was part of a band throughout the Seventies and this was his first solo-effort music video and it’s 1980,’” says Cameron Duddy, who co-directed the video with Harper Smith, his wife and collaborator. (Country fans may know Duddy as the bass player for the country band Midland.)

Duddy says Mayer wrote up a one-page treatment of his vision for the video that was full of Eighties allusions. Together, they gravitated toward “Sweet Child o’ Mine,” and to a lesser degree, Eric Clapton’s 1985 video for “Forever Man.”

“The reference for Guns N’ Roses was the mixed-media kind of live performance thing, where you’re watching them film a music video,” Duddy says. “When we think of the music-video era coming into itself, you don’t think Eric Clapton music videos, but certainly Guns N’ Roses. ‘November Rain’ and ‘Sweet Child o’ Mine’, that’s just canon.”

While Duddy swears he hasn’t watched the “Sweet Child” video — directed by Nigel Dick — in probably a decade, he admits it’s “completely baked into my brain.” The signs are all over “Last Train Home.” Along with the clapboard opening, Mayer’s video includes shots of a dog on set (GNR guitarist Izzy Stradlin’s in “Sweet Child”; Mayer’s pooch in “Last Train Home”); the singers huddling with producers (here, Don Was, who produced Mayer’s upcoming album Sob Rock); visiting models taking glamour shots of the bands; and the gauzy filters that lend both videos a dreamy aesthetic. 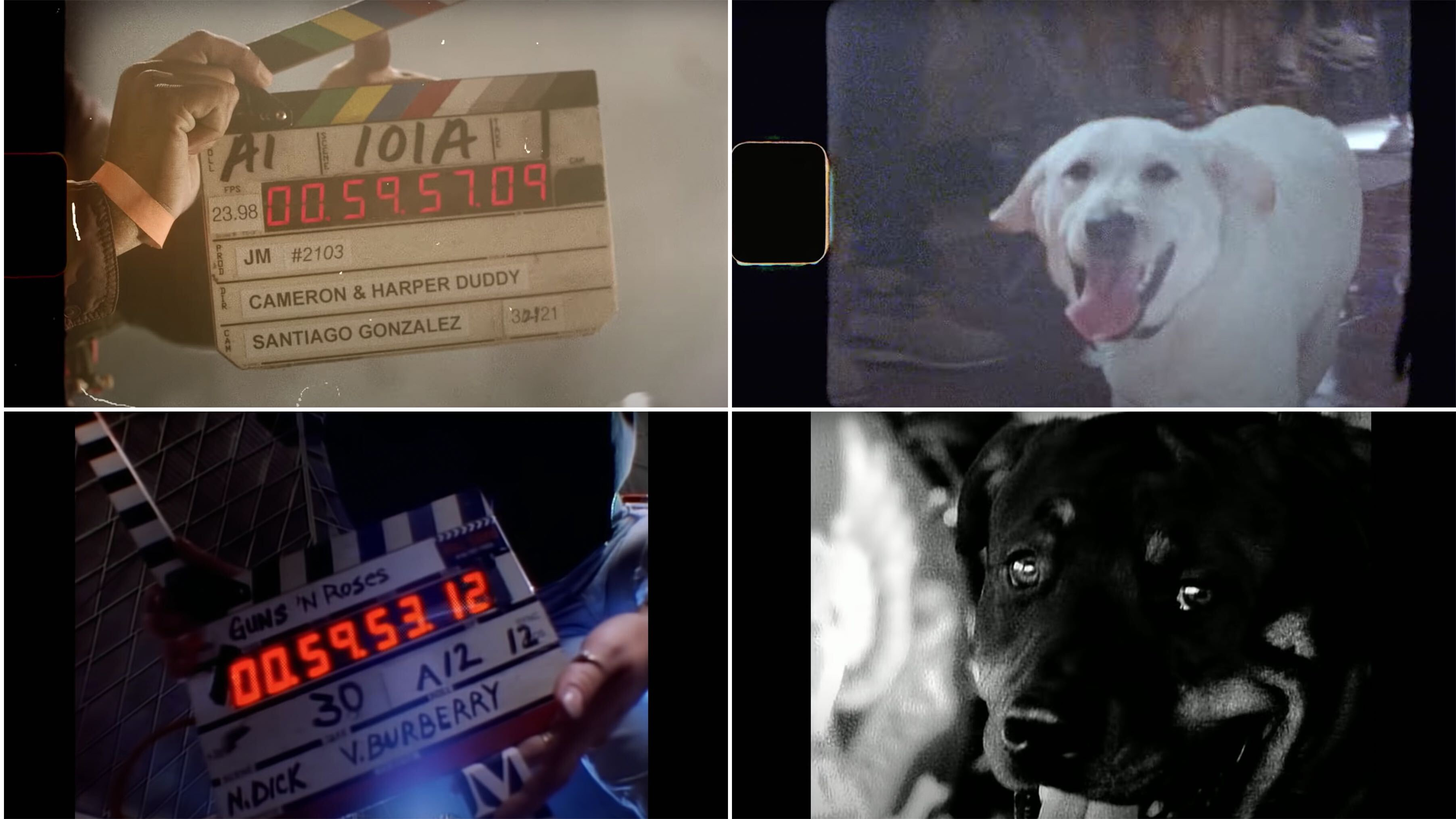 “Putting the soft effects on the filter and the kind of camera movements that I like to do in general made me a good fit for John’s overall idea,” says Duddy, who enlisted his wife to nail the fashion aesthetic. “It gives it that extra bump of critical cinemagraphic attention to detail.” Smith also traveled to Nashville to film the scenes of country singer Maren Morris, who sings backup in “Last Train Home.” Morris is seen mostly on a monitor screen, another hallmark of “Sweet Child o’ Mine.”

Duddy, who has also directed videos for Bruno Mars, including “Locked Out of Heaven” and “Uptown Funk,” asked Mayer and his band to play live to the song to add a dose of realism to the video. But in the end, it’s the decades-old escapism that defines the clip. And a few tributes to Axl and Slash.

“There is something very nostalgically Eighties cinema about it,” Duddy says. “It’s a warm blanket.”