Joy Oladokun has a regular practice of meditating, as a way to calm her anxiety and channel volatile emotions into something healthier. The Arizona-raised, Nashville-based singer-songwriter has done a lot of meditating in the last year, which held no shortage of challenges for everyone, and which also saw Oladokun’s artistry vault onto a national stage.

“That’s been a huge lifeline for me this year,” she says. “I’m learning different ways that I can decompress and de-stress and get out of town and stare at a waterfall for a few hours. Yes, the world can be a mess, yes, my job can be difficult to navigate, but I’m okay and I’m alive. And part of that wrestling is the blessing of this life.”

There’s a similarly meditative quality to Oladokun’s music, which found its way into episodes of This Is Us, Grey’s Anatomy, and Catfish before she entered into a joint partnership with Amigo Records, Verve Forecast, and Republic this past spring. Her major label debut, In Defense of My Own Happiness, arrived in June, and features an immaculately crafted batch of folk-and-R&B-influenced songs that center her experiences as queer Black woman in America. Anger, sadness, and grief are all present, but so are hard-won optimism and gentle reminders that it’s possible to survive — and even thrive — amid chaos.

“I never thought I would be this person in this way and feel as whole and safe as I do,” says Oladokun, 29. “The album marks the internal journey that I took to get there.”

Raised by her Nigerian immigrant parents in Casa Grande, Arizona, Oladokun was keenly aware of differences between her household and those of her friends. She began playing guitar at the age of 10 after watching a video of Tracy Chapman performing. 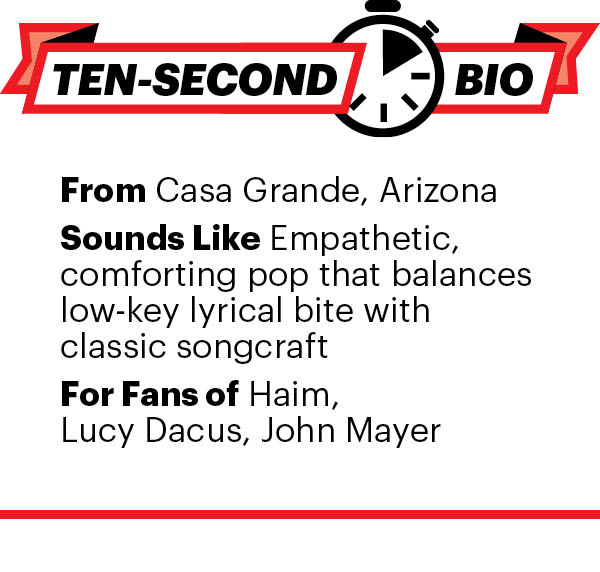 “I’m a Nigerian-American kid growing up in a farming town,” Oladokun says. “Every time I’ve seen a guitar, it has been in the hands of a white person. [When] I got to see Tracy and her guitar in a stadium of people — just listening to her thoughts, her feelings, how she saw the world — it changed my life, very literally.”

The Christian church was also a major part of Oladokun’s existence growing up, but eventually became a hostile environment for her as she made the decision to come out of the closet. She wrote the song “Jordan,” a shimmering, R&B-flavored hymn that weds biblical imagery to her story of personal reckoning. “They drowned me in the Jordan/And then they walked away from me,” she sings.

“This is the life I want, and this is the life I know I can build, and I’m going to need a combination of my own internal determination and luck or blessings or whatever you want to call it to get it done,” Oladokun says. “I found love, I found hope, and I’m moving forward in that direction.”

That humanism infuses every note of In Defense of My Own Happiness, as in the reassuring promises of the Motown-evoking “If You Got a Problem” or the bright, largely acoustic “Look Up.” It’s a realistic, grounded optimism that emphasizes being present in the moment over looking for rewards down the road. 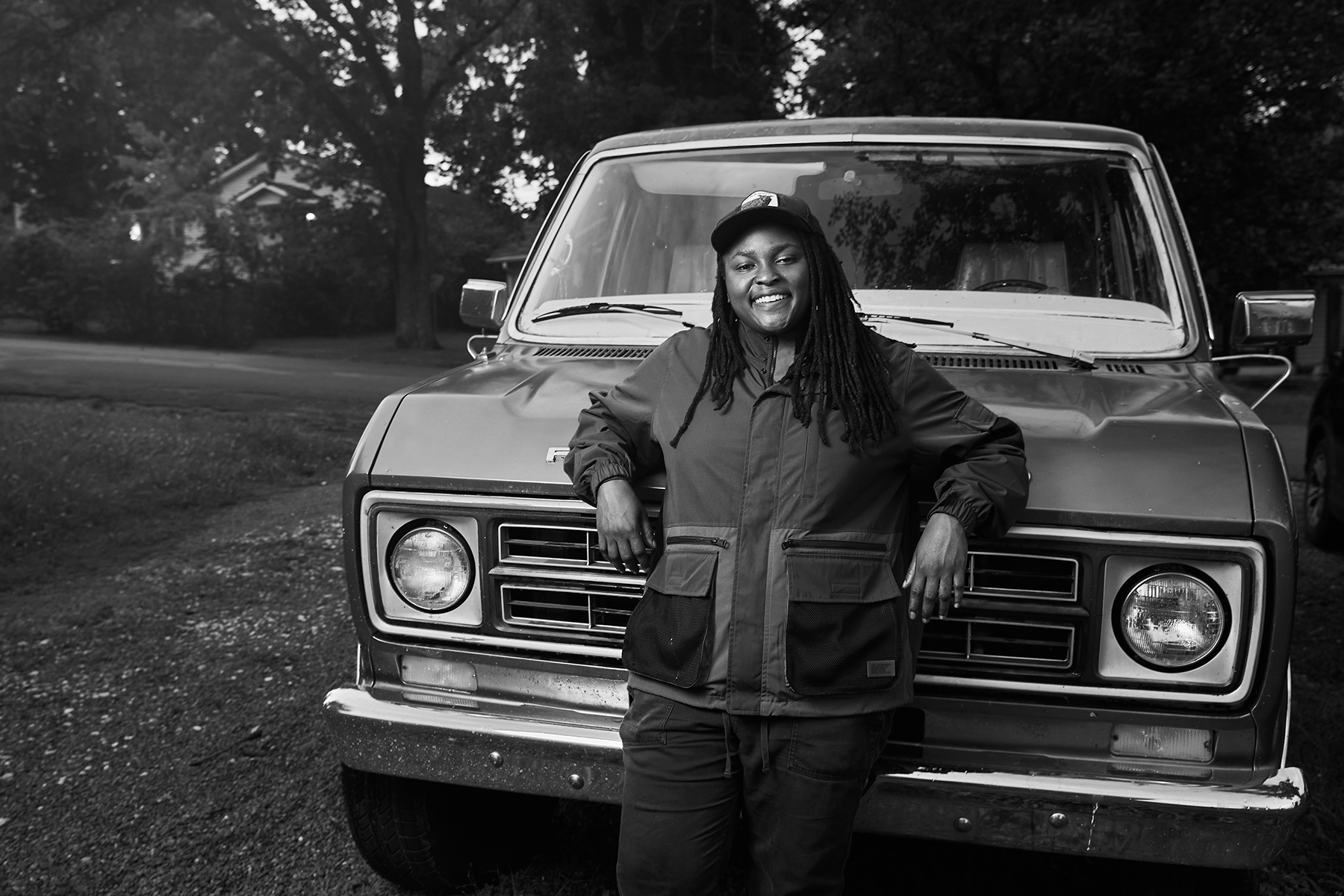 “Optimism and hope can be a really great tether, especially in the troubling times we’ve lived through,” she says, “and it’s not necessarily about putting a positive outcome on this future thing, but more about ‘I can do something with the little good I have.’ ”

Other times, Oladokun can wield her anger like a finely-edged blade. “Fuck you and your twisted games,” she hisses at a cruel lover in “Sorry Isn’t Good Enough,” dashing off dazzling, writerly couplets at every turn. Maren Morris joins her for “Bigger Man,” a withering takedown of privilege. In “I See America,” Oladokun looks at the United States’ long history of violence toward Black people. “Violence and rumors in a southern town/Both start with a whisper/But so does the difference,” she sings.

“There’s always an undercurrent of anger to my music or to what I do,” she says. “It’s a healthy emotion. If you channel it in whatever way you can, you can actually create a lot of beautiful things.”

The songs are always written from Oladokun’s experiences, but imbued with a pop savvy that makes them accessible to anyone. She also has the good sense to know when a little subtlety is more effective.

“I maybe try to pare back and not overexpose it,” she says. “How do I be vulnerable, how do I be honest, how do I tell the truth, but not take somebody’s hand and stick it into the open wound in my side? Because that’s not fun.” 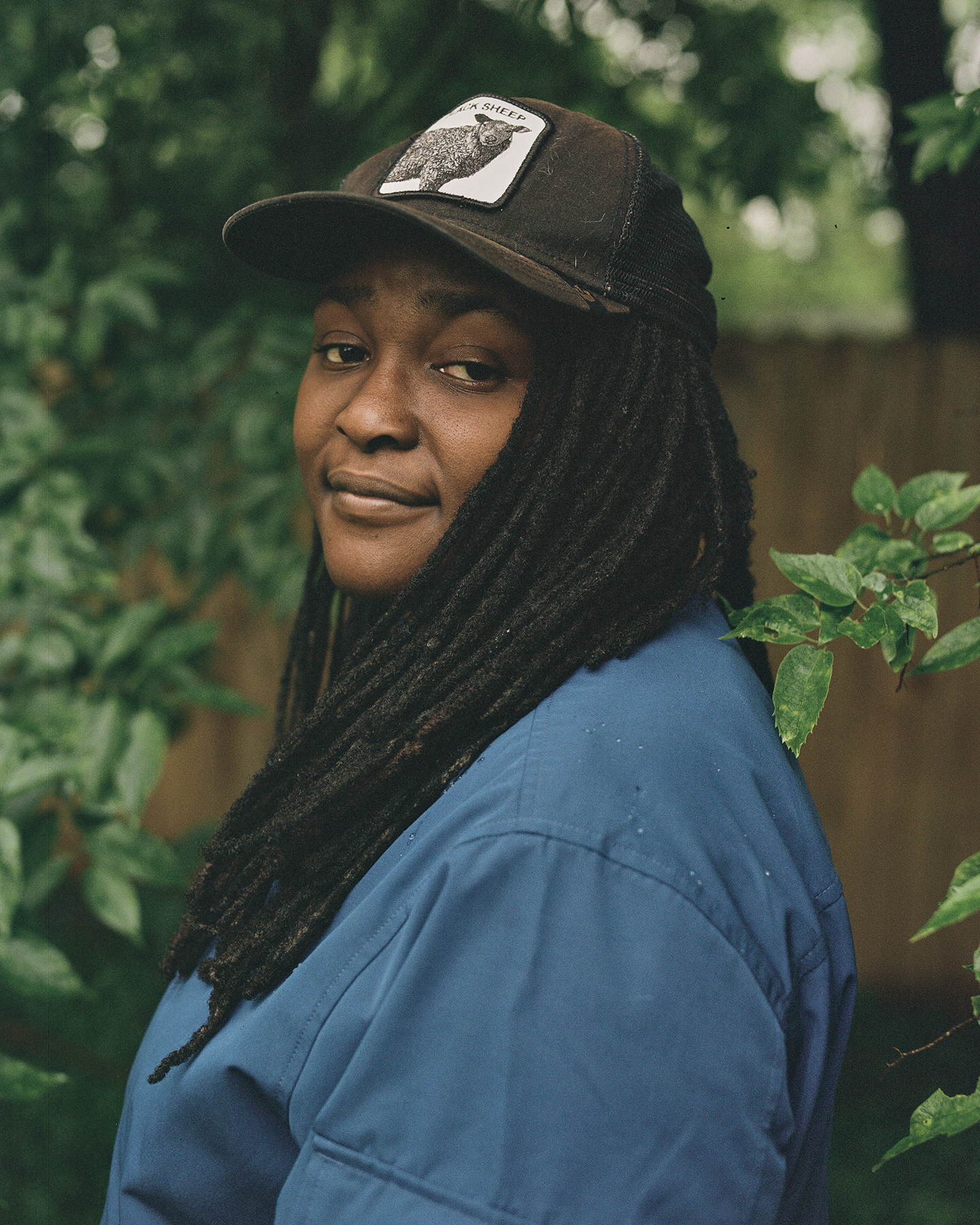 This summer, things are taking off at the right time for Oladokun. Her album was recently reissued with 10 additional tracks from an earlier, independent version of the release for a complete overview of her recent work. She’ll also have plenty of opportunities to perform those songs this summer, with festival dates including Bonnaroo and Austin City Limits, plus supporting dates for Jason Isbell and the 400 Unit. She’ll have a full band backing her at those shows, making for more intense, cathartic renderings of her songs.

“I love rock music — one of my favorite bands is Fugazi,” she says. “We wanted to make a live show that stayed true to that kid in high school that followed Paramore around for a few weeks.”

It’s been a big couple of years for Oladokun, and the stage is now set for even bigger things as live music returns. Oladokun, meditative as ever, is ready to meet the moment.

“It cannot be an accident that I am this person during these times,” she says. ”The hope is that if there’s some immigrant kid in some farming town somewhere that plays guitar and reads too many comic books, they’ll see me and be like, ‘I have a shot.’ ”