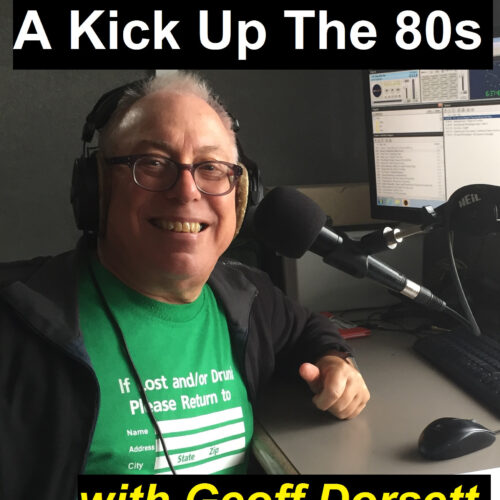 Joey is a native of The Jersey Shore, and was bitten by the radio bug at the young age of five. Joey’s broadcasting inspiration stemmed from the legendary days of top 40 radio in New York City, and from listening to his radio idol, The Legendary “Cousin” Brucie Morrow (WABC-AM, WNBC-AM, WCBS-FM, and SiriusXM Satellite Radio).

Joey continued to work on his ultimate radio goal by doing personal broadcasts for family and friends while growing up, and also hosting many sock hops and parties. He began his internet radio career in December 2000 when he started his own radio station on Live365, shortly before graduating from the Connecticut School of Broadcasting in Hasbrouck Heights, NJ. In 2003, that station went silent so he could devote his expertise, talent, and time producing his Sock Hop Soda Shoppe, which was airing exclusively on Destination Doo Wop at that time.
Joey then joined Cruisin Oldies Radio in June 2005, and aired his World Famous and very popular Sock Hop Soda Shoppe exclusively on COR. Finally, in 2006, he started syndicating the show to many fine stations worldwide. Unfortunately, in 2013 he needed to go on an extended hiatus, and the show went off the air. In the spring of 2021, the show returned to the airwaves with Joey striving to present fun, entertaining, and informative shows each and every week.

Soul of the Blues

That Thing with Rich Appel