Twenty-five years ago, Andrew Choi had a small revelation. He was attending a funeral for the mother of a Sunday-school teacher, and, as a young Juilliard-trained violinist, he had been asked to perform. For the somber occasion, Choi selected a Bach adagio — “the most depressing piece of music I could possibly play,” he says now. But as he played, he looked over and realized that the teacher, despite having just lost her mother, was smiling.

“It totally blew my mind,” says Choi, 41, who performs as a singer-songwriter under the moniker St. Lenox. “Which is strange, because, of course, that’s what the whole Christianity thing is about: moving on to a better place. So it shouldn’t have blown my mind, but it blew my mind.”

After growing up in a religious household and attending various Lutheran and Methodist churches as a kid in the Midwest, Choi drifted away from the church as an adult. By 2013 or so, he was thinking about all these things: religion, death, the afterlife, what it means to have a gratifying experience when a loved one dies. He began writing a song that tied together several different moments from his life, including the funeral where he’d performed more than a decade previously.

The song that resulted was “Arthur Is at a Shiva,” one of the sharply evocative and richly imagined tales that anchor St. Lenox’s fourth album, Ten Songs of Worship and Praise for our Tumultuous Times. In the chorus, Choi offers consoling advice to a colleague who’s just lost a friend. “Somebody was pointing out that it sounds like I’m giving comfort to Arthur, but I’m wondering why I wrote it that way,” says Choi. “I think the chorus was really for myself.”

The album is a fitting introduction to the distinct musical world of St. Lenox, who over the past decade has released a series of cult-favorite collections composed of Choi’s vividly-rendered, autobiographical piano-driven narratives. St. Lenox sings these stories in a raw, talk-singing delivery that evokes singer-songwriters like the Mountain Goats’ John Darnielle, who once called Choi “a lyricist of the highest order.”

Choi’s latest record may be his most moving collection to date, culled from a decade of songs loosely related to religion — the elements of his faith that still remain, and the elements that have been discarded. To match the subject material, Choi toyed around with sonic elements that reminded him of his childhood Lutheran services. He incorporated church organ and played around with the syllable-stuffing cadences of a pastor.

When Joe Steinhardt, the head of the New Jersey-based indie and punk label Don Giovanni Records, first heard the album, he was “floored.” “This was such a major step from his already-great work,” says Steinhardt, who went on to release Ten Songs of Worship… on Don Giovanni this summer. “He’s grown so much as a songwriter.” 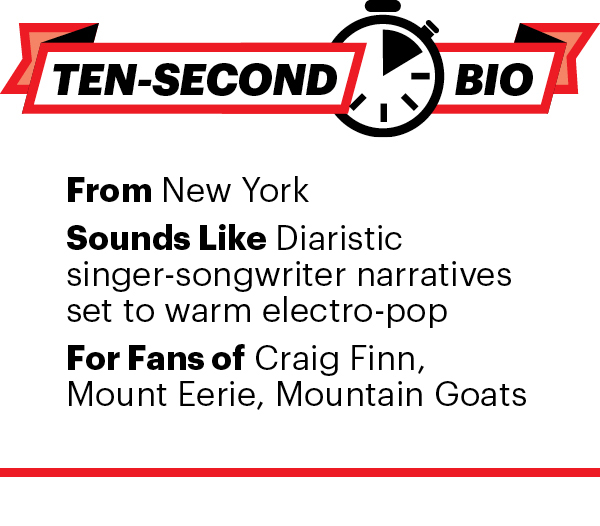 Choi says he was “hesitant” to release a record that touched so explicitly on religion. “As someone who hasn’t been going to church very regularly for the past decade, I was intimidated to release a record with a more straightforwardly Christian posture, because people who identify as Christian are going to be listening to it, and what are they going to think?” says Choi. “At the same time, I know there are a lot of people who, when they see something that has any whiff of religious-ness to it, it will immediately turn them off. But part of the reason I wrote the record was because I do feel like there are many people who are in my position: They used to be very religious, and maybe they aren’t explicitly or formally religious in the way they used to be, but they still have some feelings in that direction.”

On the new album, Choi sings most directly about his own religious upbringing on “Bethesda,” an evocative recollection of attending the Bethesda Luthern church in Ames, Iowa, during his youth. The son of Korean immigrants, Choi moved around the Midwest frequently as a child: from Columbia, Missouri, to Ames to Cincinnati back to Ames, with brief stints in between in Toronto and New York City, where he flew to study violin at Juilliard on weekends as a teenager. “It’s so distant now,” Choi says today of his phase as a classically-trained prodigy.

After earning a PhD in philosophy, Choi resettled in New York for law school, and eventually settled into a career as an attorney at a general litigation firm. In 2014, he released his debut album as St. Lenox, Ten Songs About Memory and Hope, and since then he has chronicled his daily encounters and epiphanies as a white-collar Manhattan commuter on signature songs like 2016’s “Thurgod Marshall” and 2018’s “Hashtag Brooklyn Karaoke Party.” His second album, Ten Hymns From My American Gothic, was centered around Choi’s story as a first-generation American, while his 2018 follow-up, Ten Fables of Young Ambition and Passionate Love, tackled typical indie-pop tropes like middle-aged ennui and restlessness.

All of these records form part of Choi’s larger artistic project of expanding the definition of what gets to be considered an American narrative in the singer-songwriter tradition. “Part of the issue with the concept of Americana and roots music is that it thinks of American music in terms of history,” he says. “But when you define American music in terms of history, it leaves out immigrant populations or people who are more recently in the United States. Whether people want to acknowledge it or not, the implication is, ‘Well, you don’t have a history of music in America, so you can’t be part of at least one conception of American music.’ I think that’s something worth thinking about. The way that I think about American music is just made by Americans about America, and I think there’s a lot of music that fits under that umbrella.” 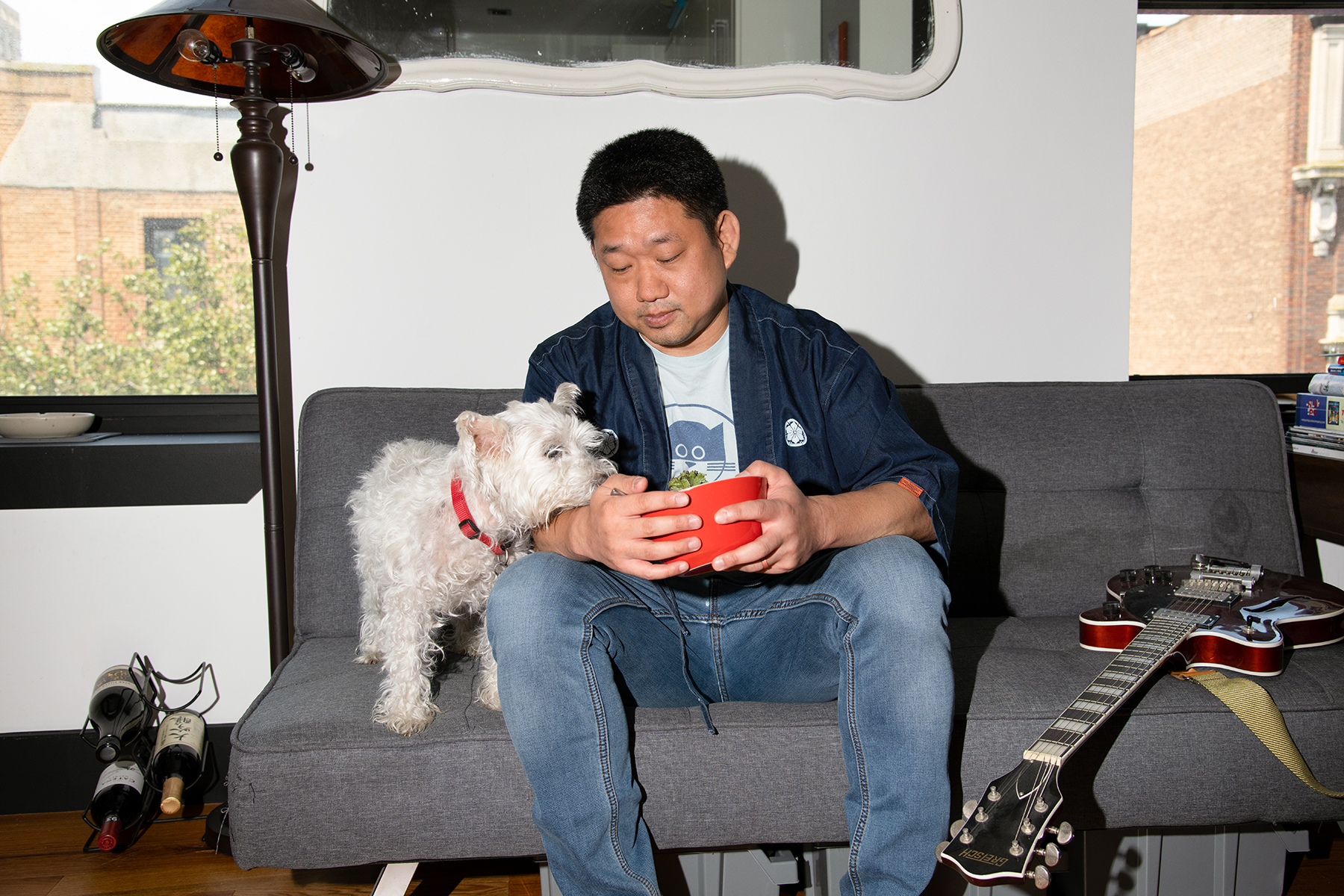 Choi’s perspective can be felt plainly on his latest record, which offers a refreshingly peculiar mix of settings for his open-hearted travelogues. Choi sings about everything from shopping at a supermarket in the middle of the night (“Kroger at Twilight”) to high-powered neutrino laboratories (“Superkamiokande”).

On album opener “Deliverance,” he muses on decidedly un-rock & roll topics with grace and humor: “Now that I’m 40, in the middle of my life/Talking about stuff like taxes and inheritance,” he sings. “Serious subjects for a fresh attorney/Unschooled in the heavy poetry of religion.”

One of the album’s highlights is “Teenage Eyes,” which conjures the stormy piano-rock of the National. In the song, Choi samples a 1956 Dwight Eisenhower speech while detailing the nostalgic regret of a singer-turned-businessman he met one night at a karaoke bar five or so years ago. The song, Choi says, is about “death and thinking about recapturing youth.” As he talks more and more about the wistful businessman, it becomes increasingly clear to Choi that, once again, observing the world around him had really been a way to learn about himself.

“It’s a weird song for me, because now I’m in this position where — I don’t like saying it — but I’m a middle-aged person now, and I am an attorney,” says Choi. “But, I mean, I’m also immersed in my music.”

He considers the question a moment longer. “I could quit my work and just do music, but it’s not going to happen,” he adds. “I still have too much law-school debt.”