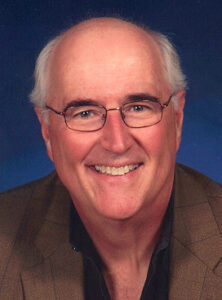 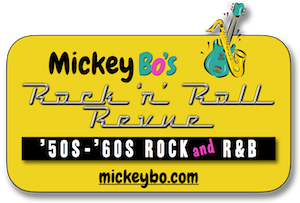 MICKEY BO’S obsession with rock ‘n’ rhythm began as a lad in western Massachusetts when he nearly levitated watching Elvis on TV in ’56. He ain’t been the same since.

As an adolescent, the “Mickster” spent his paper route earnings on hit records and played them on a pirate radio station in his bedroom. Because of a weak signal, though, neither neighbors nor the government retaliated.

In high school in 1964, Mickey upped his game by becoming a deejay at his hometown radio station, followed by announcing jobs elsewhere in Massachusetts during college before joining Armed Forces Radio & TV with the Air Force in Thailand and Korea during the Vietnam War. After discharge, he took up radio news, eventually reporting world events for the Voice of America in Washington, D.C.

His passion for original rock ‘n’ rhythm smoldered, however, so he fanned the embers and became your backbeat buddy on Mickey Bo’s Rock ‘n’ Roll Revue after retiring from his federal gig in 2007, confident of its guarantee of steady meals.

An amateur photographer, Mickey lives in Bailey’s Crossroads, Virginia, well into his second half century in radio and wondering where the time — and his hair — went.